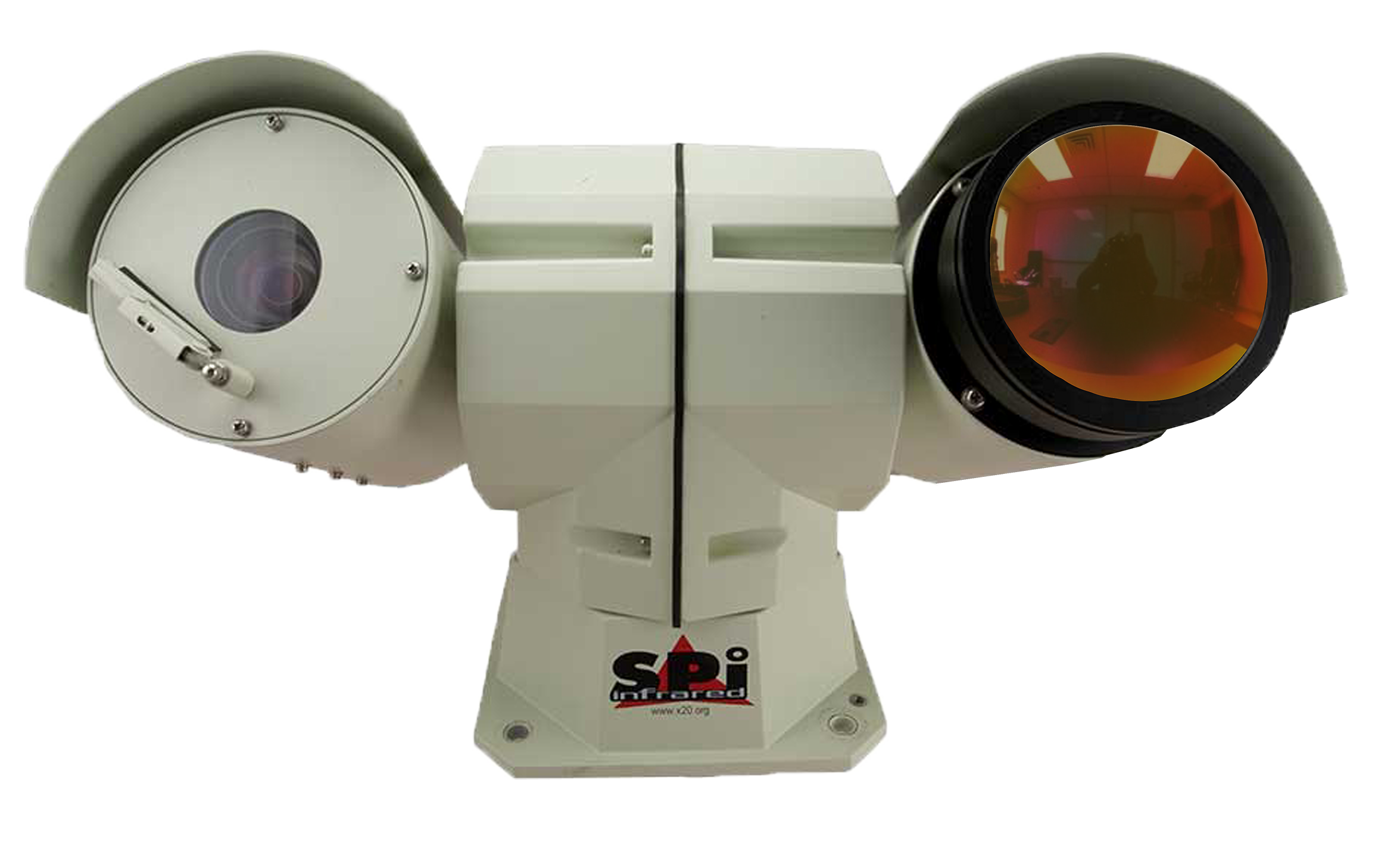 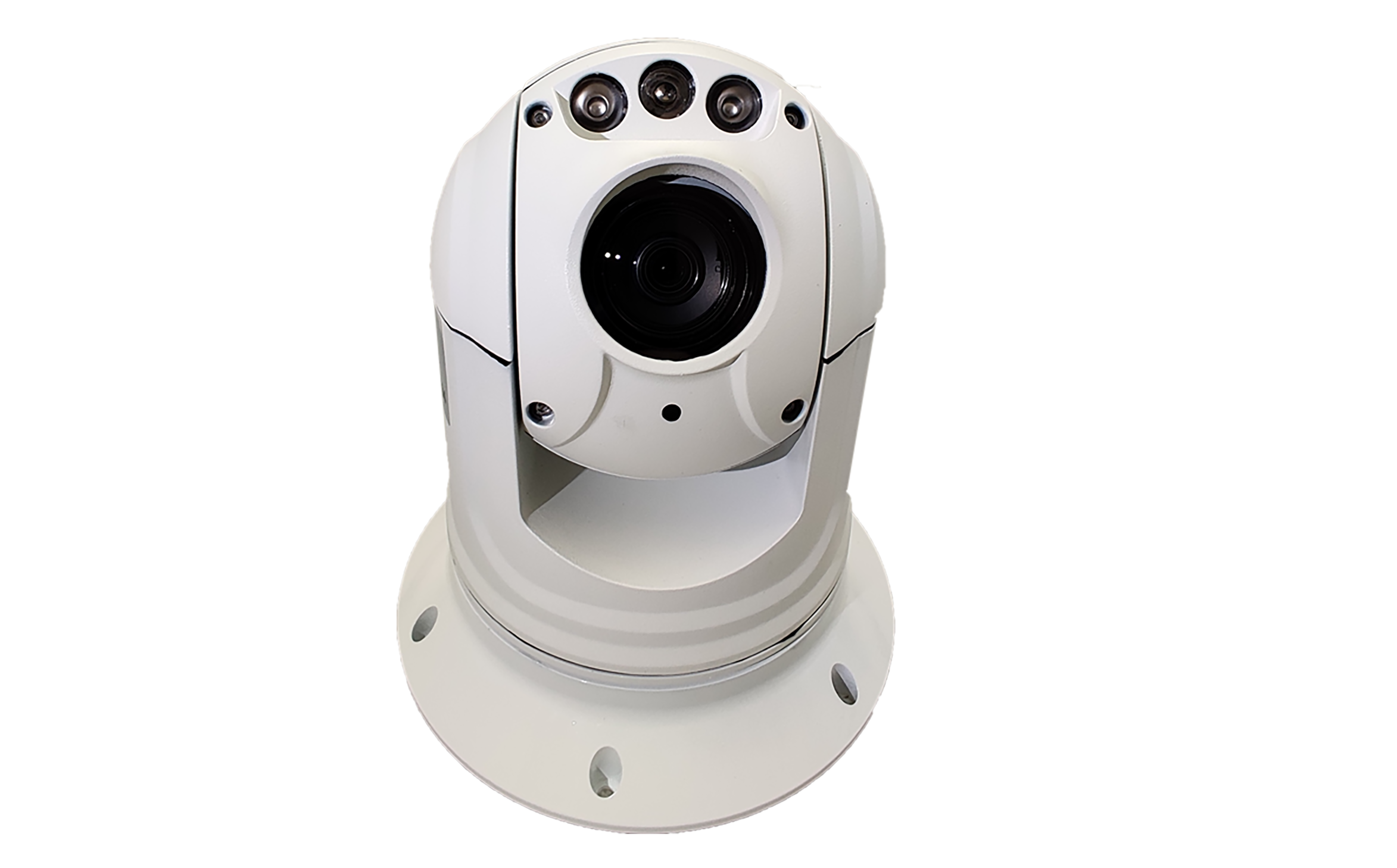 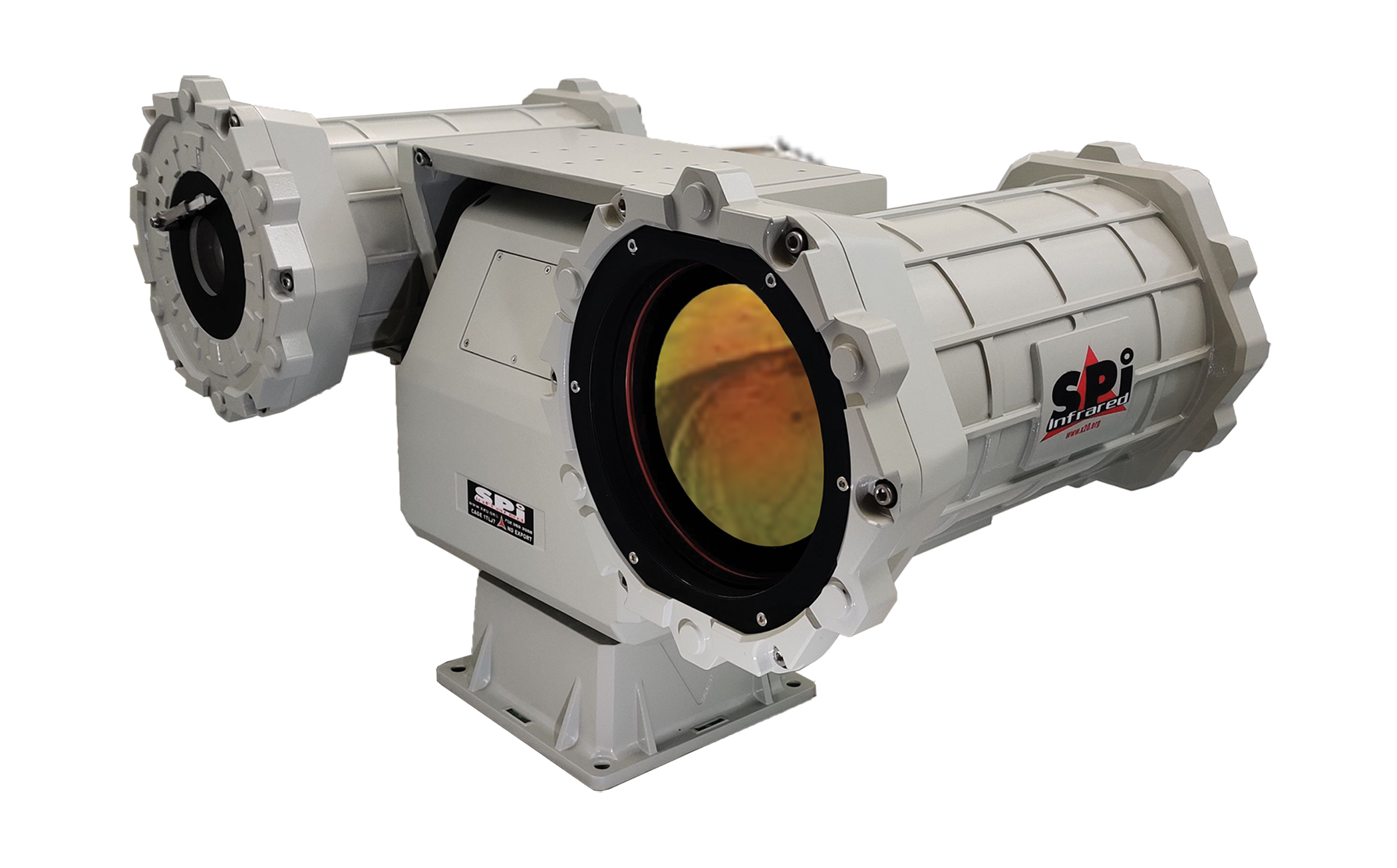 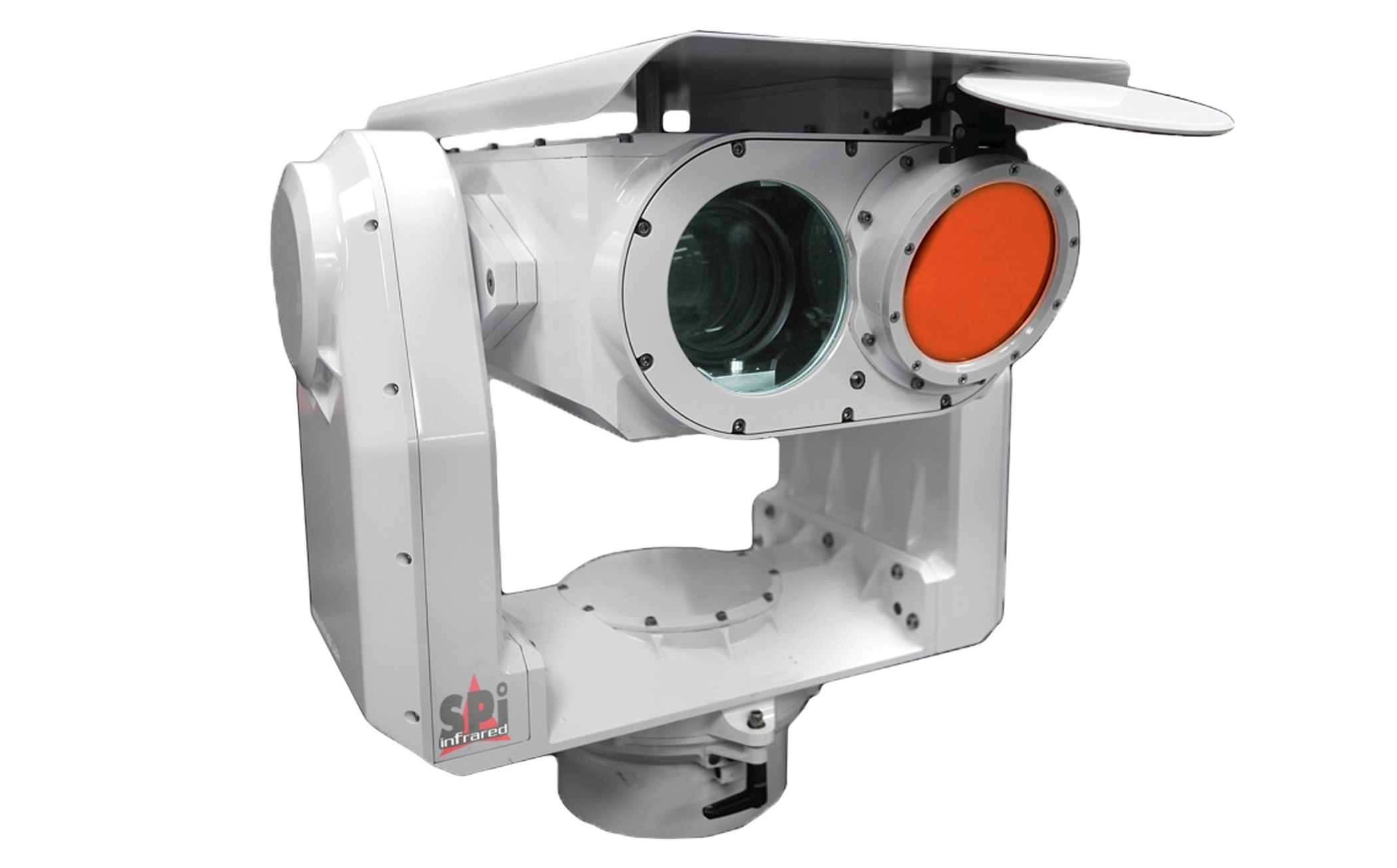 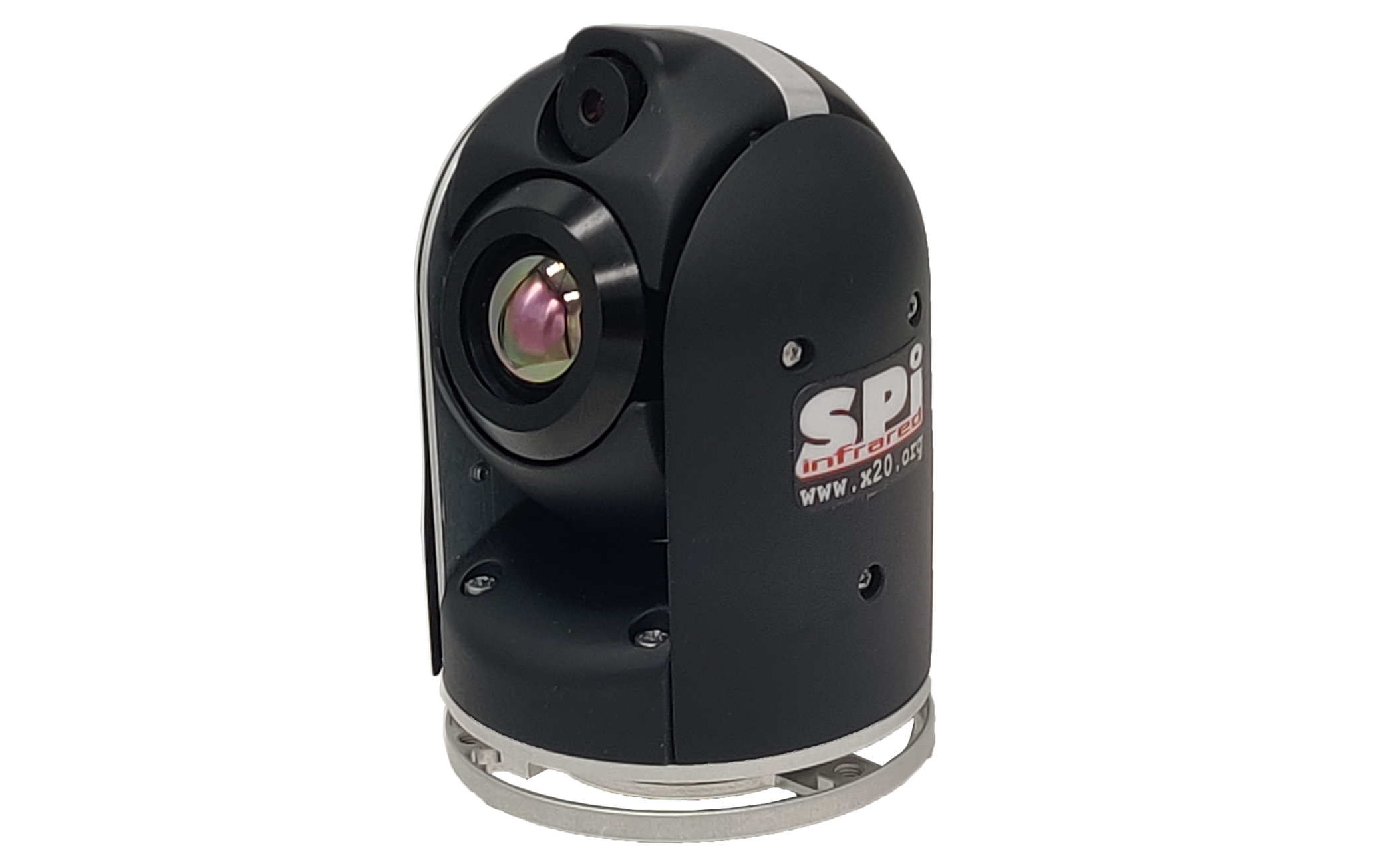 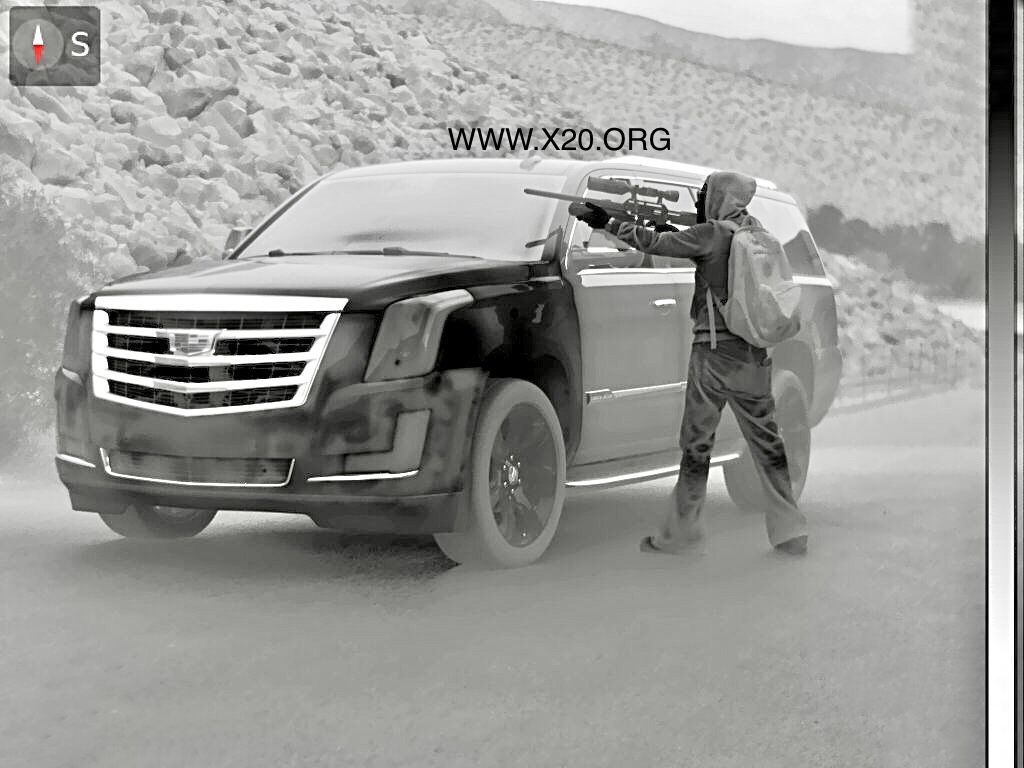 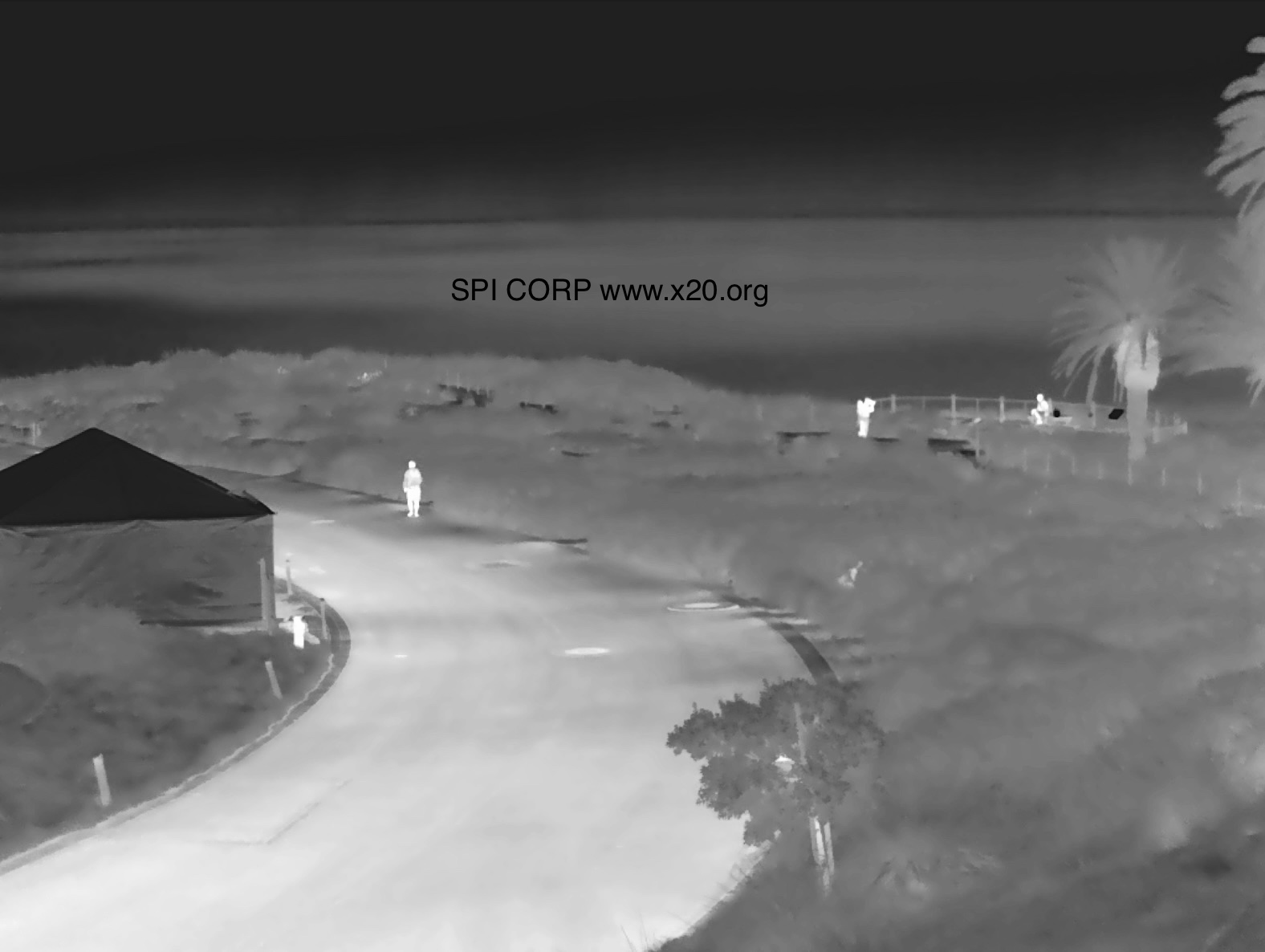 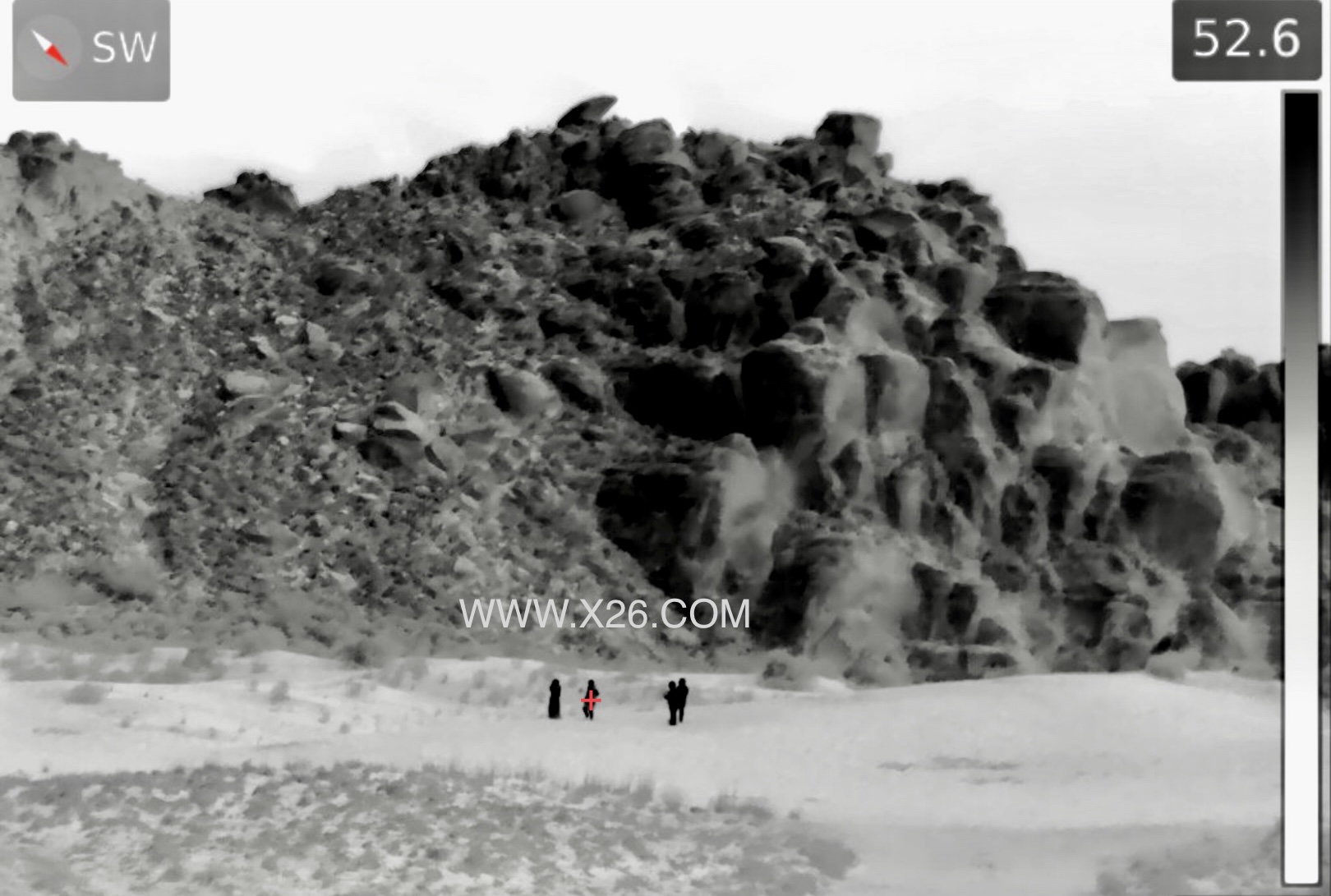 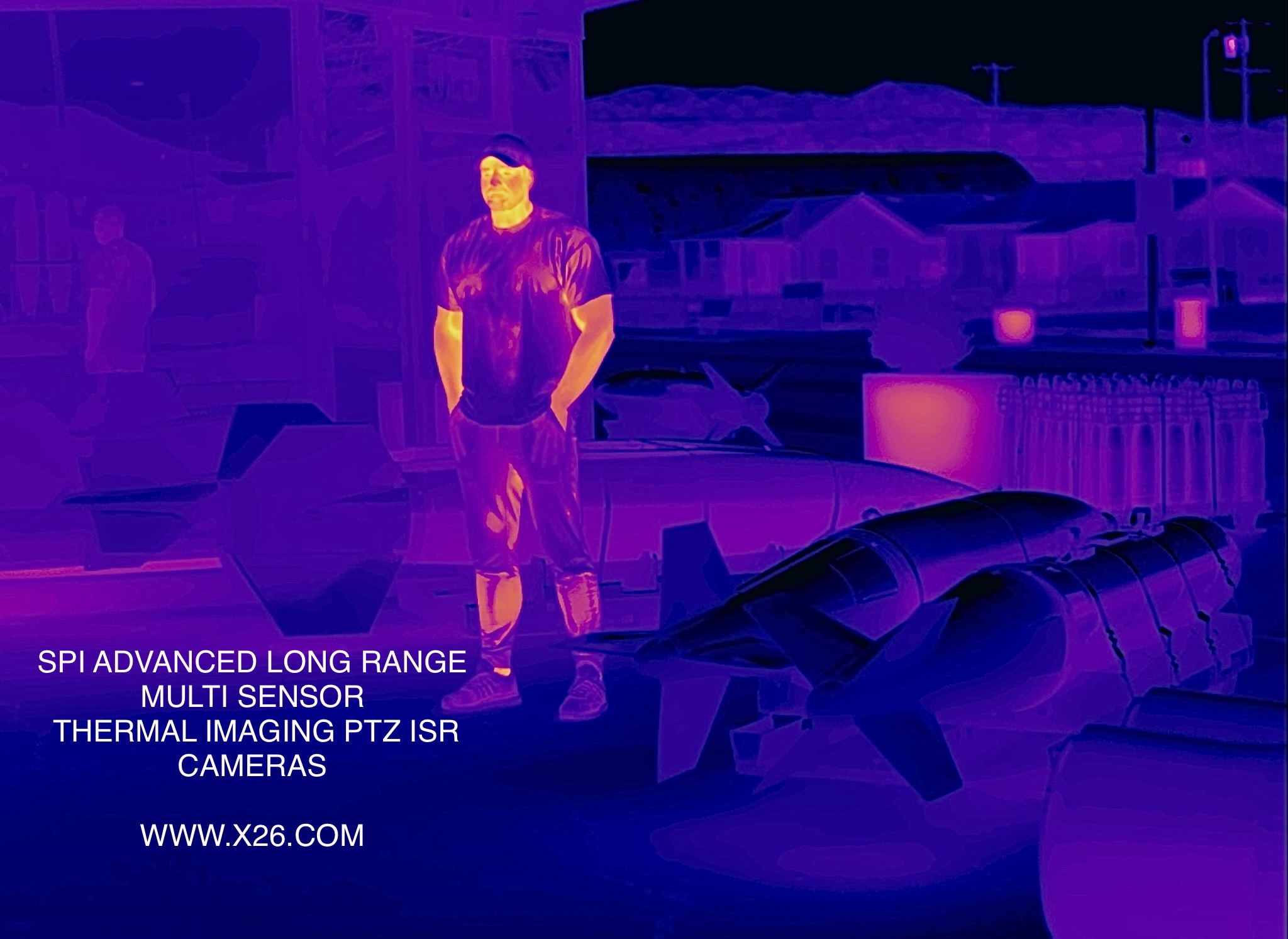 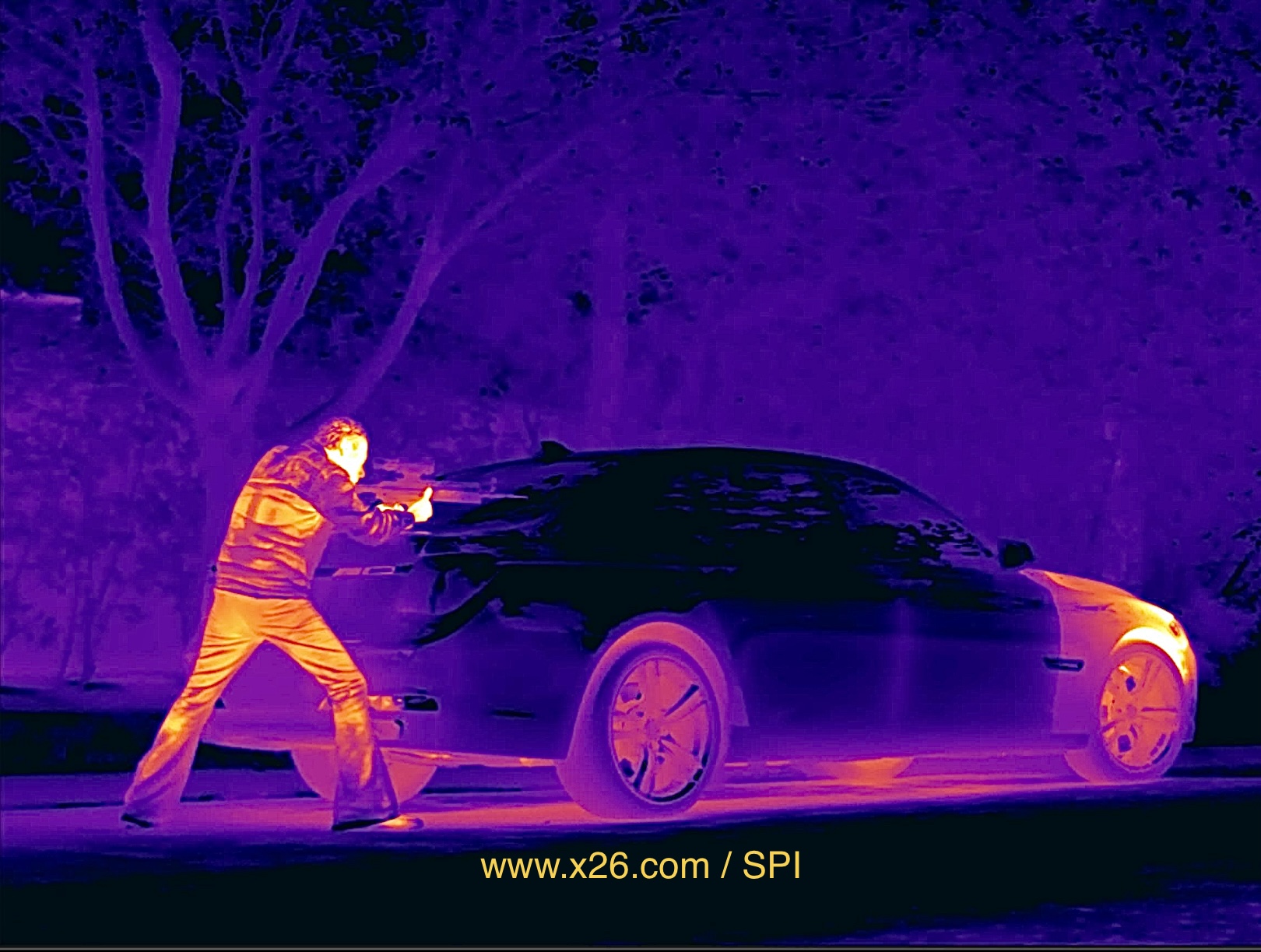 overview – Long range flir Monocular thermal imaging cameras are useful when it is important to maintain some peripheral vision since only one eye is used to view the image through the eyepiece. Long range Monocular thermal imagers, scopes, sights and clip on scopes are typically smaller and lighter than other handheld thermal imagers and most permit one-handed operation. Since long range binocular thermal flir imagers provide a dual stereo, separate image to each eye, they provide good depth perception. However, they are typically more expensive and heavier than other long range flir handheld thermal imagers because they have twice the components. Bi-ocular long range flir thermal imagers may reduce eye strain, especially when using the thermal imager for long periods of time. Flir long range Handheld thermal imagers with an external display do not feature an eyepiece and can usually be held and operated with one hand. Since the user’s focus is brought to the screen, it may be difficult to use other devices (i.e., other duty gear) at the same time. In addition, the brightness of the screen may affect covert operations.
Some long range flir thermal imagers are also equipped with a video output option that enables the image to be displayed on a separate external display. Common video output options include National Television System Committee (NTSC), phase alternating line (PAL), and RS-170. Video may also be available in a digital format via a Universal Serial Bus (USB) connection. NTSC and RS-170 are standard video formats used widely in both North and South America, excluding Brazil. Most of Europe, Brazil, Australia, and Asia use the PAL standard.

It would be unusual to find a long range IR flir thermal imager with an IR detector resolution higher than the display resolution; therefore, the IR flir detector with long range zoom germanium lens resolution is typically a better reference of image quality than display resolution. Video Polarity: Video polarity refers to the color gradients or shades displayed to indicate IR differences. Video polarity aids in understanding the various heat levels emitted from people and objects in the surrounding area, the three most common video polarity display modes are white hot, black hot, and color, and most thermal imagers feature user-selectable display modes. In white-hot display mode, hotter temperatures appear lighter while cooler temperatures appear darker. The opposite is true in black-hot display mode. Typically, a white-hot display mode provides more details of a specific person or object within a scene and a black- hot display mode provides better details of the overall scene. Color display modes are available in different gradients (e.g., sepia) that vary across manufacturers. Color display modes may allow for a more comprehensive understanding of IR differences. Display mode preferences generally vary by user and application. When interviewed, emergency responders recommended swapping between display modes regularly to take advantage of the benefits of each. Detection Range
Although manufacturers specify the maximum detection range on their models, it is unclear which relevant testing standards were used to determine these numbers. Moreover, manufacturers often mention that actual performance under real-world circumstances may differ from their specified values. The optical magnification, electronic zoom, and field of view of a thermal imager may influence the detection range.
• long range flir thermal Optical zoom Magnification: Some long range PTZ flir thermal imagers feature lenses with different magnifications that provide an enlarged view of people and objects viewed with the thermal imager. Optical magnification lenses do not affect the image quality
(i.e., resolution), making them an attractive option for viewing details of objects at far distances. However, the additional weight and size these lenses add may make them less attractive for emergency responders who need to keep their gear lightweight. Electronic Zoom: Many handheld thermal imagers feature an electronic zoom capability that also magnifies the image. When used, electronic zoom magnifies the image by cropping the image and enlarging the pixels. Since pixels are larger and fewer in the resulting image, electronic zoom reduces the overall resolution of the image. Selecting a model with a higher-resolution can help compensate for the reduction in resolution caused by electronic zoom. The closer a person or object of interest is, the more pixels used; therefore, the degraded resolution from electronic zoom becomes less apparent at closer ranges. Each thermal imager has a specific temperature range in which it can detect and differentiate people and objects with different intensities of IR waves. Objects outside a thermal imager’s temperature range appear with the same intensity. Thermal imagers designed for law enforcement use generally differentiate temperatures up to 140 °F, whereas thermal imagers designed for firefighter applications accurately differentiate temperatures up to and around 1,000 °F.
Standards/Regulations
Standards for using thermal imagers in fire service applications can be found in National Fire Protection Association (NFPA) 1801: Standard on Thermal Imagers for Fire Service, 2013 Edition. In addition, standards for using thermal imagers in search and rescue can be found in NFPA 1670: Standard on Operations and Training for Technical Search and Rescue Incidents, long range security/surveillance.

Long range Handheld Thermal Imagers Suspect and Hostage Detection
Long range flir Thermal imagers can be useful when locating people (e.g., suspects or hostages) hidden in foliage and other similar situations, long range Thermal flir imagers can also be used to follow recently laid foot tracks and tire skid marks up to minutes after they were laid. Some agencies reported using thermal imagers when approaching a night time scene to scope out any potential threats in the area. In these high mobility situations, thermal imagers need to be lighter and smaller, have a high refresh rate, and allow for simultaneous use of other duty gear. The exception is when there is an officer who is designated to using the thermal imager while other officers remain armed and ready.

Scene Investigations
Long range flir Thermal imagers can aid in crime, accident, and
firefighting scenes. With a long distance flir night vision thermal imager, it is
possible to see what objects have been interacted with
in the near past such as weapons, tools, or shell
casings. Blood, traces of blood, footprints, handprints, and tire skid marks are all detectible by
thermal imagers. Because the aforementioned
subjects have a quickly dissipating heat signature,
thermal imagers with quick start up times and
image/video capture options are very useful. The heat
dissipated from the engines of recently running
vehicles can also be detected by long range PTZ flir thermal imagers.
Law enforcement agencies have reported the use of
thermal imagers to find discarded weapons along the
side of a road or in a dumpster. Moreover, firefighters
prefer to survey the temperature of a room or building
before entering it. Although thermal imagers
normally cannot see through walls, the temperature of
the wall itself can help determine the severity of the
fire behind it. This helps determine if any routes through the building will cave in or collapse.
Hidden Compartments
Contrary to popular belief, long range PTZ flir thermal imagers do not see through most solids. However, imagers can be used to spot irregularities such as hollow body panels or patched drywall. This is because these irregularities may have different surface qualities that have more emissive properties for their IR waves to propagate. Abnormalities in heat distribution can provide clues for what to investigate at a scene. For example, a hollow panel will have a different IR reading when it is more or less insulated compared to its surrounding environment.
Since an extreme amount of heat is typically produced in the creation of illicit drugs, handheld thermal imagers can be useful tools confirming the existence of suspected clandestine laboratories. Additionally, handheld thermal imagers can be used to analyze barrels and containers that are suspected to have hazardous materials in them, since many hazardous materials have a distinct heat signature, and may be able to confirm the amount of materials in opaque containers.
Firefighters have also found thermal imagers useful when determining the approximate levels of gasoline in storage tanks. Because the gasoline is in gaseous form, it has a different heat signature than gasoline in liquid form. An imager with good thermal sensitivity can reveal the amount of liquid and gas in a tank. This can be helpful because, if the level of gasoline is decreasing, the gasoline is probably venting from the tank which is a huge concern in any fire situation. The same scenario applies to any tanks with flammable content.

Video/Image Capture Capabilities
Some long range flir thermal cameras can capture video and/or images, which may be helpful when collecting evidence during investigations. Typically, video and images are stored to a removable media card.
Power Requirements
long range flir thermal imagers feature either user-replaceable or sealed batteries. User-replaceable batteries may be standard-sized (e.g., AA, CR123A) or proprietary rechargeable battery packs. User-replaceable batteries are typically field swappable, permitting continued use as long as replacement batteries are available. While sealed batteries may grant the device better water or dust resistance, a depleted battery cannot be replaced and will require charging before the thermal imager can be used again.
Durability
The durability of flir thermal imagers scopes, clip on sights and binocs is an important consideration given the extreme environments in which emergency responders deploy these devices. Drop tests and Ingress Protection (IP) ratings can provide some insight regarding the durability of flir thermal imagers. IP ratings, established by the International Electrotechnical Commission (IEC), are a standard for rating a product’s protection against solids and liquids. Refer to Appendix A for an explanation of IP ratings.
Startup Time
Startup time is the time it takes for a flir thermal imager to fully power on from standby. The startup time of a flir thermal imager may be an important consideration if the long range imager will be frequently used when responding to time-sensitive emergency situations. Startup time for thermal imagers typically range from 1.5 to 5 seconds.
Long range flir Thermal Sensitivity and Temperature Range
Thermal sensitivity describes the thermal imager’s ability to detect and display subtle IR differences, even when the differences are minimal. The unit for rating thermal sensitivity is millikelvin (mK) and it generally ranges from 25 mK to 100 mK. The lower the mK rating, the greater the sensitivity to small temperature differences, resulting in a cleaner image,

We are here to help assist you in selecting the absolute highest quality, cost effective
Long range thermal imaging flir PTZ Pan Tilt Zoom day/night video security/surveillance system for your needs.
Contact us with any question or application assistance you may have. 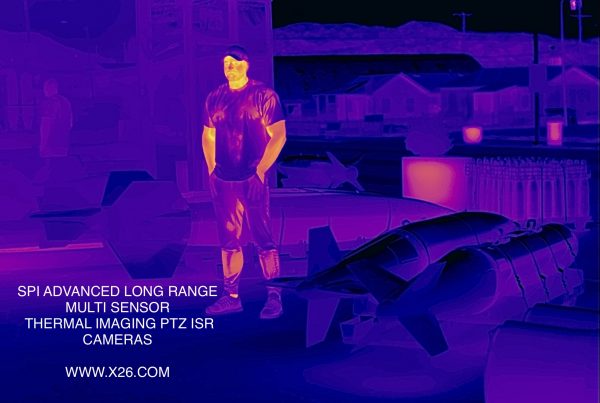 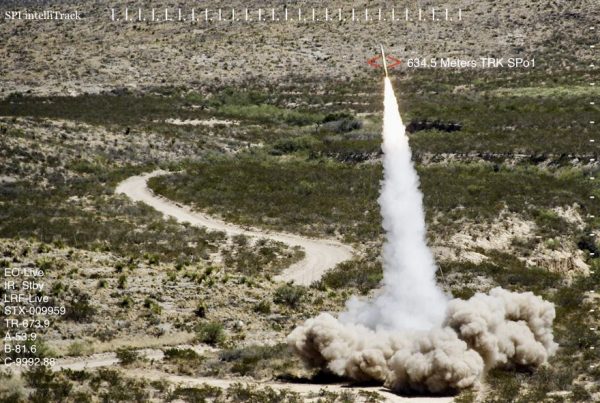 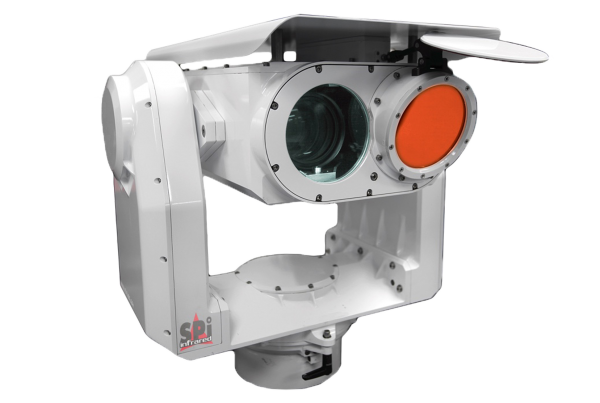